Another goal just been brilliantly scored

In fact, Capanna Marine S.r.l. has now been appointed

covering the large district of the entire Southern Eastern part of Italy.

Bari is a big city with over 300,000 inhabitants and it is an important port on the Adriatic Sea having long and rich history. This port is very active in the ferry service between Italy, Greece, Croatia and Albania.
Bari has also an international airport which is connected to the major cities in Europe by direct flights.

Two other significant ports, lying South within the above Bari Lloyd’s Agent’s district,
are Taranto and Brindisi. The former is an industrial city and an Italian Naval Base.
On its outskirts, there is also the most important and greatest Steel Plant in Italy and Europe, Ilva S.p.A.

Brindisi benefits from its coastal location and due to its strategic position,
has an active trade with Greece and other Nations across the Adriatic Sea.

With this latest new acquisition, it is with great and justifiable pride that Capanna Marine S.r.l.
is presently covering the greatest part of the Central and the Southern regions of Italy
as well as Sicily and the adjacent islands, as Lloyd’s Agents. 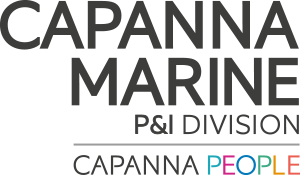 Capanna Group S.r.l. uses cookies to ensure website functionality and to give you the best experience on our website. In order to do so, Capanna Group S.r.l. could use third parties cookies.
If you want to know more or do not wish to allow cookies, please refer to our Cookie policy. To continue, please confirm to have read this information by clicking on the below button or on any part of the website.